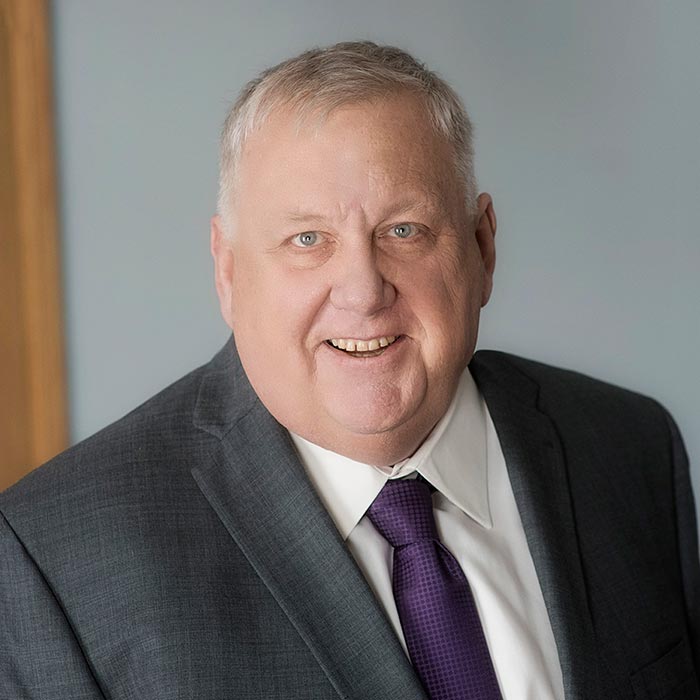 Scott enjoys assisting clients in solving complex and difficult family court issues. Scott’s clients range from farmers to business owners, professionals, trades people, and factory workers. He has represented both husbands and wives in standard and complex divorces throughout southern Minnesota. Scott has worked with clients whose assets range from zero to high net worth divorces over $5,000,000.00. He has succeeded in protecting client’s non-marital assets including farms, closely held corporations, real estate, and retirement investments.

In addition to his extensive litigation experience, Scott has substantial experience working with clients to resolve cases using mediators, parenting time expeditors, parenting time evaluators, and custody evaluators. Scott himself is a qualified neutral under Rule 114 of the General Rules of Practice for District Court and frequently mediates family law cases for other attorneys.

Involvement in the Faribault community and the local bar is a cornerstone of Scott’s practice. Scott has been involved in numerous professional organizations including the Minnesota State Bar Association, Fifth District Bar Association, and Rice County Bar Association. Scott has also been a past president, board member, and volunteer attorney, for Southern Minnesota Regional Legal Services (legal aid). For more than a decade, Scott was a member and past chair of the Faribault City Planning Commission and has been involved in Divine Merch Catholic Church in Faribault, serving as finance committee and pastoral counsel.

Ethical representation has always been at the center of Scott’s practice. Scott is well-versed in the Rules of Professional Responsibility, having served on the Minnesota Supreme Court Alternative Dispute Resolution Ethics Board, and having chaired the Fifth District Bar Association Ethics Committee for six (6) years, reviewing ethics complaints involving area attorneys.

Scott has received numerous honors throughout his career, including designation as a family law “Super Lawyer” from 2001-2017. Scott has also been named a “Top 40 Family Law Super Lawyer” by Minnesota Law and Politics.

Honors:
Scott has been named a Super Lawyer by Minnesota Family Law and Politics in family law from 2001 to 2017

Probate Practice
Scott is actively engaged in probate matters including:

Antenuptial Agreement: Represented farmer with net worth exceeding $7 million dollars in negotiation and preparation of premarital agreement which limited spousal maintenance and provided transfer of assets on death to his heirs.

Conservatorship: Successfully tried conservator’s petition to make Last Will and Testament for protected party who died during the pendency of the litigation.

Any cookies that may not be particularly necessary for the website to function and is used specifically to collect user personal data via analytics, ads, other embedded contents are termed as non-necessary cookies. It is mandatory to procure user consent prior to running these cookies on your website.

We are open and here to help! In response to the ongoing COVID-19 pandemic, J. Scott Braden, P.A. is working remotely, and remains committed to meeting your legal needs. Please email us or call (507) 332-7483 to schedule a one on one meeting using our virtual conference rooms, or a telephone conference with our attorneys. We look forward to assisting you.